I Pulled James Altucher Out of Retirement - From What? - Business On The Board
Previous

I Pulled James Altucher Out of Retirement – From What?

James Altucher thought leader, hedge fund manager, and angel investor was a keynote speaker at the 3-day THRIVE/Make Money Matter business acceleration conference in San Diego, CA. After he was done speaking, James stopped by the Business on the Board™ exhibition booth at the conference and inquired about playing a game of chess against me, Jim Egerton, the company CEO. 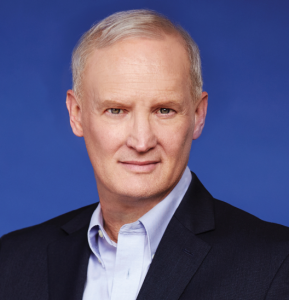 I have been following James for a while after hearing him speak from stage at the conference and much of his content resonates with me maybe because James is a rated chess master. He hasn’t played a rated game since 1998. Before our game I mentioned that I looked him up on the United States Chess Federation (USCF) database and saw his tournament results. I asked him why he stopped playing and he said he was tired of losing to Irina Krush. She is a Grandmaster and USA chess champion who has represented our country in very strong tournaments and Olympiads. No shame there. Plus his rating is 2204 which is just at the Master category. If he played more it could go up or it could go down…ah the risk versus the reward. 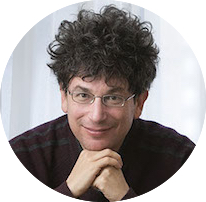 From stage, James spoke about his history of handling money as a fund manager and investor. He admitted at one time liquidating his company positions for 14 million dollars. Which 8 weeks later was gone due to gambling. He said he was so poor he didn’t know how he was going to afford diapers for his children. He called his parents and asked to borrow some money and they turned him down!
He has since turned that around by looking for trends on how to prosper in the new economy. He is a multiple time bestselling author, blogger and continues to invest and consult with hedge funds and business owners.
A recent email that arrived from James had in the subject line, “How to Master Any Game…Including the Game of Life”. His theme was you get better at play to get better at life. According to James, “Studying the ways to get better at games are the shortcuts to being better at almost every skill in life.” Do you see why I like his content?

So in our contest at the conference, we agreed to play a 5-minute blitz game and even though he drew white he preferred to play black. From a business perspective the game is a display of the ability to visualize the future. In blitz chess, quick 2-3 move patterns take over the thinking because you don’t have time for deep analysis. You play the moves you know and try to generate an ongoing profit, usually in the form of material in order to checkmate your opponent. 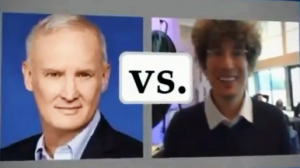 The Power of Visualization

Visualization is the act of creating pictures in your mind. It’s often an underutilized skill that can lead to future success. Chess players develop the ability to see changing conditions on the chessboard when they calculate a variation or analyze a candidate move. The image they base their decision upon is not what is on the board but the one in their mind’s eye. When businesses reorganize they are developing a different picture of how they want their company to function in the future.

Visualization is a skill that requires frequent practice since out of practice chess players get “rusty” and don’t see potential winning moves. Business leaders get caught because they are blinded by a competitive threat or didn’t see a potential lucrative opportunity. 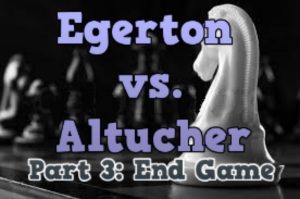 The contest was recorded by two THRIVE friends using their cell phones and after being professionally rendered into 3 videos it is posted to YouTube at the following link: https://youtu.be/-3SsTvbnbEM

The videos in 3-parts, Opening, Middlegame & Endgame, picks up after the first 9 moves with James playing the “Modern Defense”.

The Game Goes On 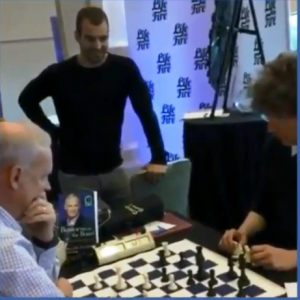 For non-chess players just watching the body language and movements of the pieces like artists making brush strokes on a canvas is what caused spectators to hover near the board. The person in the background, Cole Hatter, stepped away for a moment from running his 600+ person conference to watch the action. Cole & I played some chess on a day visit last year, but only after his wife Sanja quickly taught him the moves that morning.

For a FREE business case analysis of the moves of the game and to better understand what you are watching, go to this link http://www.businessontheboard.com/contact and request your annotated copy.

Both players had opportunities to win the game and visualization played a huge part in the following endgame position. I am White and on move. 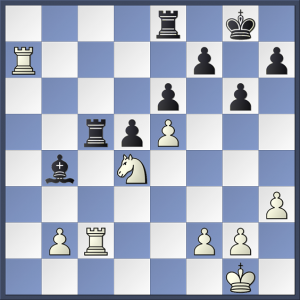 What would you do in the position? Don’t take all day because your clock is ticking….the answer is on the video.

Oh, and I’m sure James is still retired from chess.